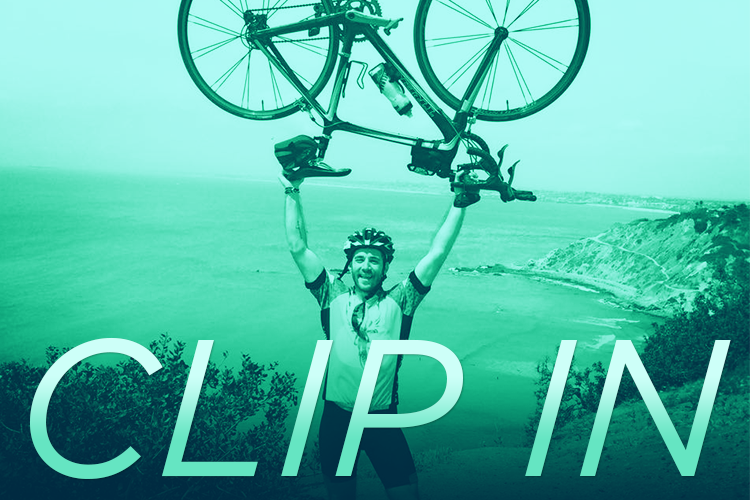 Saturday, April 12, 2014: Half-awake and completely unaware of what to expect, I watched as my teammates and Pablo, our captain, hopped on their bikes. One by one, each cyclist rolled down the street. Trying to follow suit, I picked my feet up off the ground and… that’s about it. I didn’t go very far.

It was my first time wearing bicycle cleats (which some of you may know as spin shoes) and I couldn’t, for the life of me, seem to grasp the concept of how to clip into my pedals… or, more importantly, how to clip out once I got going.

As we neared the corner of the first block, and the cyclists ahead of me came to a stop, I realized I was trapped. I couldn’t get my shoes to unlock from the pedals. When my bike stopped moving… my body decided to introduce itself to the concrete. Oof. Feeling discouraged and somewhat defeated, I wondered how I would ever make it the 545 miles from San Francisco to Los Angeles when I couldn’t even make it one full city block.

Three months earlier, in January, I traveled to Las Vegas to compete in a national kickball tournament as part of Sin City Shootout. During the official registration party, I bounced around to all the vendor booths with a couple of friends until we happened upon Tod and Kyle, a persuasive pair representing AIDS/LifeCycle.

“I bought a bike to do this, but I still haven’t registered yet!” exclaimed my kickball teammate Richie.

He quickly signed up and was gifted an AIDS/LifeCycle gear bag filled with a few small cyclist goodies.

“If you guys also want to sign up, we only have two of these bags left,” they said to Ben and I.

“Only one bag left. It’s yours if you sign up now,” Tod teased.

Before I could commit to paying the registration fee, riding 545 miles and raising the rider minimum of $3,000 dollars, I did what any good son would do: I stepped into the hall to call my mom. And as any concerned parent would, she did not shy away from sharing her opinion on the matter.

“Cory, now is not a good time. You’re out of work and you need to spend all of your free time to find a job. That is your job right now.”

“I hear you, mom, and I understand what you’re saying. And, honestly, I’ve always felt uncomfortable on a bike. But I feel like this is something I need to do. I don’t know why, I just do.”

With that, I walked back in and signed up – for a goodie bag.

By mid-March, however, the ride a little less than three months away, I still hadn’t started training. I was more focused on avoiding my primary fear: fundraising. Why would anyone want to donate to me? How do I ask them? What if I don’t raise the minimum? I felt paralyzed with insecurities and, like wheels on a bicycle, these thoughts kept spinning in my head.

Plagued with reservation, I posted the fundraising link to my Facebook page and, by end of day, received a single donation of $5. Oddly enough, despite still needing to raise the other $2,995, that small contribution made my commitment official. Someone gave money to support me. That’s it. I had to do this.

“If you think that’s crazy, then I’m glad I’m insane.”

And that’s how I ended up face-down on the concrete, just shy of one block into my first 50-mile training ride.

You see, the frightening truth about clipping in is that once you’re clipped in, you’re fully committed. There’s no room for hesitation, unless you like the taste of gravel. In that moment, everything seemed impossible. How come everyone else was able to do this except for me?

With Pablo’s help (and patience), I eventually made it to the end of that first block and somehow survived all 50 miles. Thanks to my other team captain, Jeremy, I got a bike, some cute new cycling clothes and a person to call each time my emotional stability (or my ass) hit the pavement.

By the time AIDS/LifeCycle came around, the first week of June, I’d racked up a little over 500 training miles. This may sound like a lot, but please think about it for a moment: I did 500 miles of training over a few months, yet I was now about the do 545 miles in just one week – seven days, back-to-back!

If you think that’s crazy, then I’m glad I’m insane. Those seven days on AIDS/LifeCycle proved to be one of the most challenging and rewarding experiences of my life. I tackled hills with nicknames like Quadbuster and the Evil Twins. There were times I felt like I couldn’t pedal another inch, and continued on for miles and miles. I faced headwinds and crosswinds, freezing cold mornings and sweltering hot afternoons. I felt fear. I felt pain. I felt accomplished.

When I first called my mom from Las Vegas, I told her that I felt like this was something I needed to do but, at the time, I didn’t know why. It was after I unclipped from my bike on day six, almost 500 miles in, that I had my moment of clarity during a candlelight vigil on Ventura Beach.

“I saw myself as a small cog in a big wheel, powering the tides of change.”

As the sun set, I sat down and positioned my candle in the sand. To my left was a woman, total stranger, doing the same with tears in her eyes. I wanted to console, but didn’t want to interrupt her moment. On my right was a group of boys I came to know well during the ride, all in tears but one particularly emotional. They were holding each other in an embrace. I carved a ribbon in the sand around my candle, thinking of all the people lost and affected by the spread of HIV/AIDS and how dramatically the onset of this epidemic devastated the LGBT community, how easily it could have done the same to my friends, my peers and myself.

The woman to my left extended her hand and put it in mine. We did not speak a word, but as we held hands I felt a strong energy as we watched our respective candles burn. Minutes later she blew her candle out, said “I’m sorry for your loss” and stood up to walk toward the water – little did she know it was her loss that I could tangibly feel in that moment. At the exact time she walked away, my candle blew out and I felt the energy go with her. Moments later I picked up my candle, walked to the water and passed by her as she was on her way back to camp. We exchanged a smile. I stood at the foot of the ocean and looked back at all of the people and their candles, thousands of burning lights as each person honored their reason for riding and paid respect to lost loved ones.

I faced the water with a renewed sense of gratitude. In that moment, I understood how lucky I am to have the knowledge, medicine and resources to prevent that same devastation today. I recognized how fortunate I am to be part of the AIDS/LifeCycle community (or the “love bubble,” as it’s often called) and how grateful I am for choosing to walk (or pedal) through something that made me uncomfortable by participating in this remarkable event.

What’s incredible about this community of people, many of whom had never ridden a bike 5 miles before, let alone 500, is that they choose to stay clipped in, pushing themselves to the limit, committed to the cause until the epidemic ends.

Walking back to camp, I found myself with those same boys who had been to my right as we watched our candles burn. I asked why they decided to do the ride and the one who had been particularly emotional shared that he had tested positive for HIV earlier that year.

My purpose on this ride finally began to make sense and, suddenly, I saw myself as a small cog in a big wheel powering the tides of change.

In 2015 I did the ride again, only this time I was captain of Team Funky Monkey, the top fundraising team in the world’s largest HIV/AIDS fundraising event. Now, as team captain once again, I’m preparing for my third consecutive 545-mile ride to combat the spread of HIV/AIDS and provide medical services for those in critical need. Almost as much as I love the ride itself, I find the most joy in encouraging people to sign up and taking new riders under my wing. I’d like to think that I can be someone else’s Tod, or Jeremy or Pablo.

The lessons I learned on this journey are immeasurable, but there are a few takeaways I think anyone can benefit from: 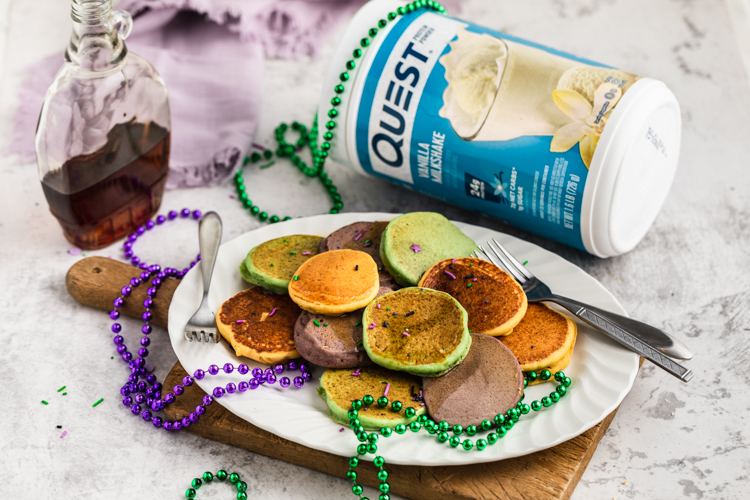 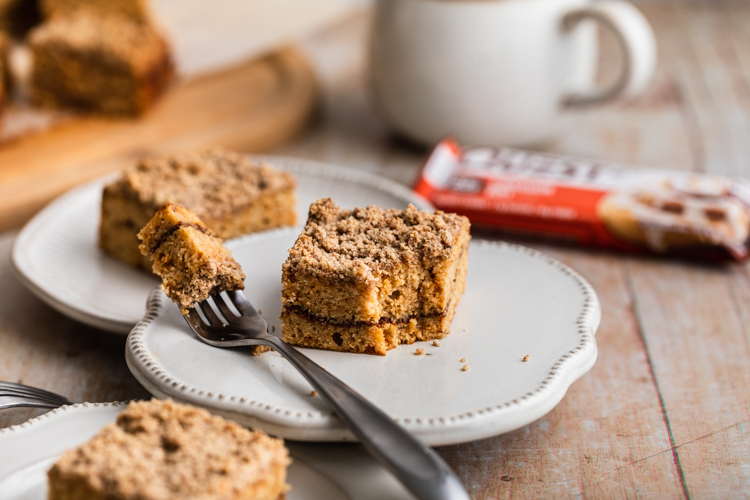 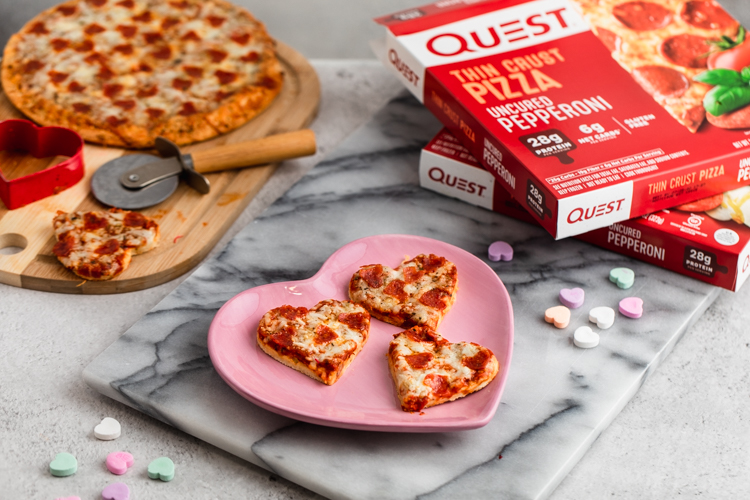