Jane didn’t recall losing control of her vehicle. The cracked web of windshield glass succumbed to the pressure of the impact – sending a cavalcade of crystalline pebbles in all directions. Some of the pieces worked their way past Jane’s eyelashes and into her eyes. She futilely raised her arms to protect herself, but physics won the battle as she catapulted from the driver’s seat and through the weakened windshield. The seconds passed like hours – Jane watched her arms obliterate the remnants of the glass barrier while her body continued through the air like a fleshy missile. A blur of dirty yellow light from solar powered street lamps cascaded across her field of vision. A view of what should have been the starry night sky appeared as a polluted hazy shroud of smog. Jane remembered how so many times she’d heard that your entire life flashes in front of your eyes seconds before death. That wasn’t the case for her. Instead she experienced heightened awareness. It was as if she was in complete control of the trajectory of her body while it soared through the air. She thought to twist her body to prevent a head injury and her body obeyed. The last thing she recalled before her body met the pavement was the shock on the faces of a group of onlookers witnessing her imminent demise. For a brief moment it was as if night turned to day, but before she could process what was happening the impact came. Her left elbow landed first as she witnessed her forearm snap backward, flaccidly flailing and ultimately resting at a 90 degree angle. Her world went black and all sound disappeared. 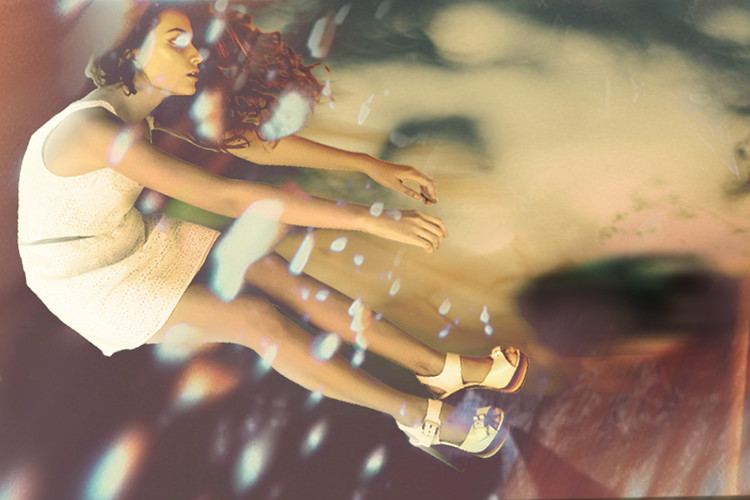 The hazy darkness and dirty lighting of the city streets was replaced with a brilliant, blinding light. Jane halfway expected to be greeted by a man in a white robe and flowing beard like in the tales she’d heard about the afterlife as a student in her ancient religion class. Was there a heaven? Is that where her consciousness now resided? Any attempt to move her body was met with restrained defiance. Her arms didn’t react to the stimulus from her brain – it was as if an unknown force pinned her in place. The dazzling light overhead burned into her stinging retinas. She could faintly make out shapes in her surroundings. A large halo pulsated overhead. She squinted and tried to focus. Her eyes burned like they were victims of a sandstorm. A minute of hazy blinking gave way to focus and finally her surroundings grew sharper. The halo wasn’t a halo at all, but rather a pattern of eight individual lights. It was the unmistakable form of the lights used above a surgical table. A wave of sound assaulted her eardrums at the realization. The chatter of hospital staff clamoring about the room was accompanied by the staccato beeping of a heart-rate monitor. The surgical symphony grew louder and was nearing its crescendo. It echoed the anxiety she felt surging through her body. The blurry likeness of a surgeon garbed in blue scrubs, a white operating mask and a pink hairnet hovered over her, inspecting an IV bag that ran from its stand beside her and into her arm. The nurse expelled the bubbly contents of a syringe, flicking the tip to remove the oxygen bubbles. The liquid in the syringe swam into the IV drip and with it the voices faded from reality. Before losing consciousness she heard a man’s voice, “Not too much, we don’t know how it’ll – excuse me, how she’ll react.”

“Jane always envied the unregimented lives of her friends. They were free to do what they wanted when they wanted without having to answer to anyone.”

The dreamy fog of unconsciousness washed over Jane again and she returned to the land of hazy colors, faces and scenery populating her subconscious mind. She could still hear muffled voices and the rhythmic song of the heart rate monitor. A man appeared in front of her. Confused, she walked over to him and touched his flesh to make sure he wasn’t a hallucination. The feel of his face sent the proper sensory signals through her fingers to her brain signifying he wasn’t an illusion. Suddenly the face made sense to her. The man was her father, dressed in full military regalia. His immaculate uniform bore a nametag that shone like a beacon. It read, “Col. Daughtry.” She possessed a great deal of respect for the man – not because he was a kind father. In fact, quite the opposite. Jonas Daughtry never allowed Jane to coast through anything – school, college, even relationships. He inserted himself into every aspect of her life. Because of his involvement, Jane succeeded in almost every endeavor with little effort. This garnered her high praise from outsiders, but her father was her harshest critic. Instead of praise for a job well done he’d stare at her, stone-faced, and coolly ask “What could you have done better?” Many times she wouldn’t have the answers and wondered if even he did. But that was the chain of command; he ordered, she obeyed.

Jane always envied the unregimented lives of her friends. They were free to do what they wanted when they wanted without having to answer to anyone. Her father was a purist, which meant she was a purist. She seldom engaged in AR, e-socializing or augments. No manner of machine, technology or personal networks would change that – regardless of whatever the population deemed the hot new trend.

“The world around Jane violently erupted in a cacophony of crumbling, grating noises. The foundations of the ground fell from beneath her feet and she was in freefall.”

“Sweetheart, they’re not going to believe you.” He spoke cryptically, interrupting her introspection. She opened her mouth to respond and he dissipated into a cloud of vapor that wisped and whirled as she ran toward and through it. She was alone once again, but not for long.

The world around Jane violently erupted in a cacophony of crumbling, grating noises. The foundations of the ground fell from beneath her feet and she was in freefall. However, the sinking was accompanied by the contradictory feeling of standing upon unreliable ground in an earthquake. Her dreamy surroundings were replaced with the sterile interior of the hospital. This room was different than the operating room she previously occupied. There was another man standing over her shaking her by the shoulders. He kept repeating in a harsh whisper, “Wake up! Wake up! Come on Jane Doe, wake up!”

“How do you know my name?” She muddily muttered through a heavy jaw. He stared at her, puzzled, frantic. 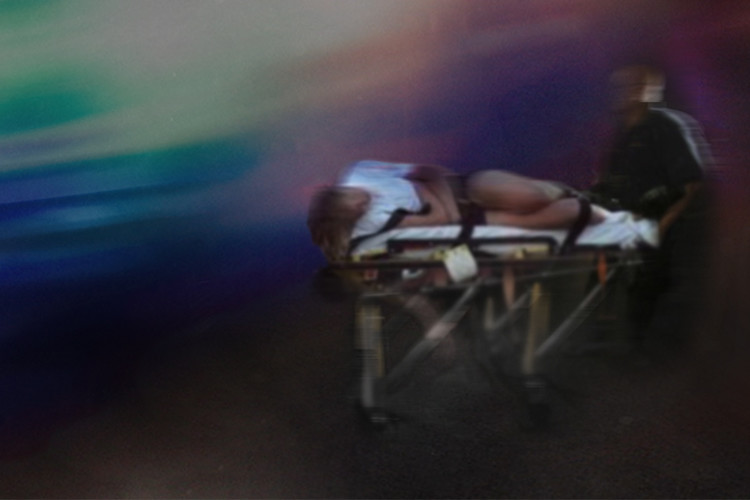 “I’m sorry, I can’t understand you…look! We don’t have much time, I have to move you before they return. I need your help, though. Can you walk?” The man didn’t wait for her response. Jane could feel her eyes rolling around her sockets like a bobber fighting to stay afloat on a lake. The man wasted no time unhooking the machinery attached to her body. He grabbed some boxes and medical supplies from the drawer adjacent to her gurney and unlocked the wheels. Jane struggled to stay awake. Every time her eyes opened and closed she lulled from the real world to the dream world and back again. They were in a hallway now. The ding of an elevator snapped her back to reality.

“Shit!” The man cursed, pressing the emergency stop button. He worked his fingers between the crevice where the elevator doors met and pried with all his strength. Jane could make out a slab of floor as light creeped its way through the opening. Feet scrambled about above her head. She heard someone call out.

“She could tell, even in the darkness, that she was lying down – her arms reached out for something, anything to grab onto to give her a feel for her surroundings.”

“They’re in here!” A group of legs gathered around the small opening at the top of the elevator door. Then they were gone and so, again, was her consciousness. A sudden impact and a loud clanking noise pulled her back to the present. Her eyes were open, but she couldn’t see anything. A strong chemical smell seeped into the room. It was a smell that triggered sense memory from her childhood; the unmistakable pungent odor of formaldehyde. Her mother’s funeral invaded her mind. The sense of panic intensified. She raised her arms to feel for an exit. She could tell, even in the darkness, that she was lying down – her arms reached out for something, anything to grab onto to give her a feel for her surroundings. When her right arm felt the report of a cold metallic sensation and her left did not Jane began to hyperventilate. Why couldn’t she feel anything with her left hand? She reached over with her right hand to discover a bandaged stump where her left forearm once lived. A rush of adrenaline surged through her body and for the first time in her life, Jane had no idea what do to next.

The story will continue next month, until then, you get to decide what Jane does next by leaving a comment below:

A) Jane bellowed a terrifying shriek that anyone within 100 feet would surely hear. The intensity of the scream caused the hairs on her neck to stand at attention. The sound of footsteps outside the room cemented her in place and she ceased all movement…

B) Jane closed her eyes and focused on her breathing. If she intended to escape in her current state, she needed to regain composure and wits. It was moments like this that her father trained her for and now more than ever she needed to rely on her instincts…

The choice is yours… (Voting is closed, but see what everyone decided for chapter 2 here)