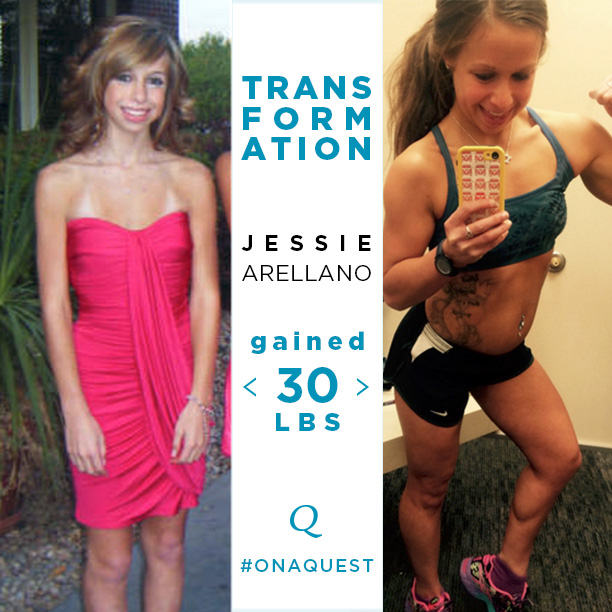 My name is Jessie Arellano and I am 20 years old. I never thought I would be able to say that my eating disorder was the “best-worst” thing to happen to me; however,  because it changed my perspective on food and nutrition and led me to adapt a healthy lifestyle… it was. February 2015 marks my 6 years of being in recovery. I do not say recovered because it is always going to be a part of me – but now in a positive way. Eating disorders are not to be taken lightly, as it has the highest mortality rate in all mental illnesses. If it wasn’t for my mom catching it early, anorexia would have taken my life.

Not all eating disorders begin because of a diet. Most people ask “Were you ever fat?” and people are usually surprised when I answer “Not at all”. This is because there is so much more to an eating disorder, usually an underlying struggle that the eating disorder is covering up.

That was my case. It was June 2008, and I was about to start high school. I don’t do well with change, and I felt the anticipation of moving on to a new school. It scared me and I knew there was nothing I could do about it. I needed control. I found what I could control though… my eating. I was in charge and I desired that I was in charge of what I ate or when I ate.

Ever since I can remember I was always on the go, and wanted to be playing sports. My parents put me in everything possible, but it was soccer that became my love. I started with the co-ed knee-kickers when I was 3 and continued through competitive. Weight was never really brought up, nor did I ever watch what I ate because I was very active. Being only 4 feet, 11 inches, I already had a small stature. The numbers on the scale never really crossed my mind, until the summer going into freshman year.

I spent the beginning of the summer after middle school with friends in Ohio, so my family did not see me for a month. The restricted eating started then because I knew it would be easy to hide. It began slow as I would skip a meal and avoided unhealthy foods. I remember when my mom picked me up from the airport she looked at me and said, “Honey, you look like you lost a little weight, it looks good.” 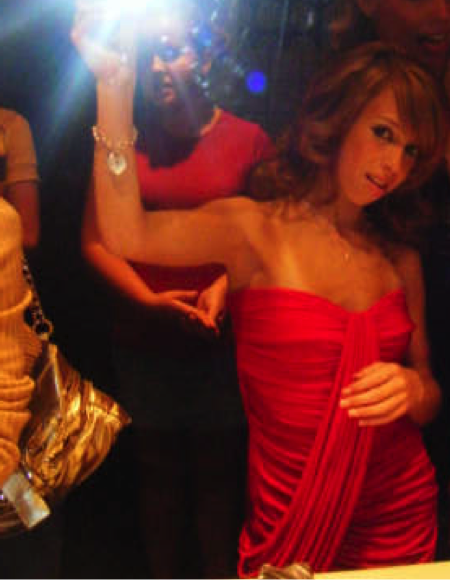 That was just the start of the worst. I started cutting off multiple meals a day and only eating enough to still have energy to play soccer. I was still on my competitive team at the time, but that was taken away 2 months later in the beginning of August when I could barely run without getting dizzy. Luckily, my mom is a psychiatric nurse, so she was very well aware of eating disorders. That is when she drove me straight to the doctor, even though I was still in denial every time she brought it up. I still did not believe it when the doctor then diagnosed me with the mental-illness ‘Anorexia-Nervosa’ after the soccer incident.

High school started the end of August, and I will never forget the day I walked in to my first class. Nobody from my middle school recognized me, and after I said who I was their jaws dropped. I did not know why, I thought I looked fine. I still continued to restrict until I was eating less than 350 calories a day. I would get to school every morning and throw out my lunch my mom packed me every day with all my weighed out foods. My weight was dropping quicker than the loose jeans that did not fit. I was seeing multiple doctors weekly and a nutritionist (who is the one who pretty much saved my life). I wasn’t able to be at school the whole day as my heart rate was dangerously low and I had zero energy. It was practically a game to me that I controlled and was winning each time the numbers on the scale went lower.

I weighed 80lbs, and that still wasn’t even my lowest. It got to 78lbs, before I was given the ultimatum choice by the doctors and nutritionist –  either recovery or mandated hospitalization. It was that moment when I realized I needed to find resilience from within, because I did not want to miss out on playing high-school soccer. It was always a goal to make varsity of freshman and I knew that would not be attainable being in a treatment center.

I finally began following my nutritionist’s orders of a meal plan. I started eating more, and not letting anorexia control my life. Even though eating again was starting from ground zero, it was unique because I found so many new foods. I implemented new nutritious foods that I never thought of trying before the illness.  Every time I gained weight it was a bonus. I remember when I finally weighed enough to start working out again. I was able to run more and could lift weights (both things I never did outside of soccer workouts). I loved watching my body transform from a walking skeleton to a muscular-healthy girl. 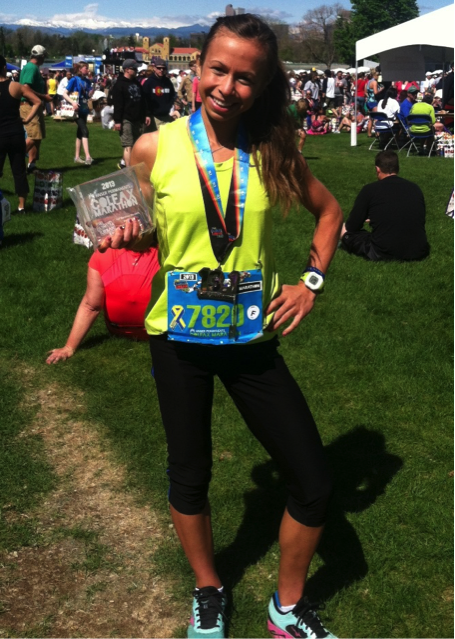 Fast forward to December 2014, I found out I had Celiac. That was just a tiny road-bump because eliminating all gluten was no big deal, for the two foods I depend on for running is Quest bars and Turkey Perky Jerky. Now, I am less than 4 months away from running in the famous Boston Marathon. Eventually I got burned out with soccer when I played in college, and found the love for running. It was then when I set my goal to earn a Boston qualifying time, and I did when I ran a 3:16:00 at the Denver Rock-n-Roll. Now I have my eyes set on a sub-3:08:00 Boston marathon this April 20th. Fun fact: I do not rely on GU or power gels, as I actually use Quest bars to fuel me along the race because my body can easily absorb the nutrients.

Looking back on having an eating disorder, it taught me so much about not only my body, but also myself. I learned once I fall, the only thing left is to get back up. That is exactly what I did with my mom on my side, believing in me, even when I did not believe in myself. 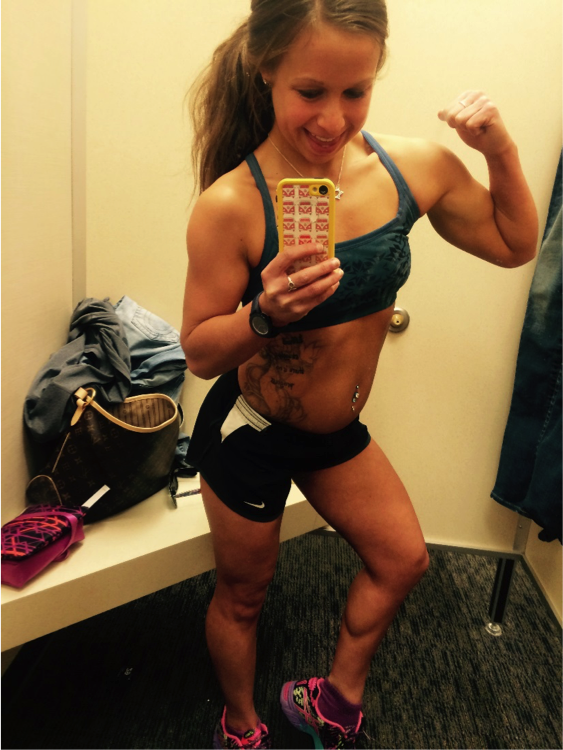 As for 5 things I learned from my experience…