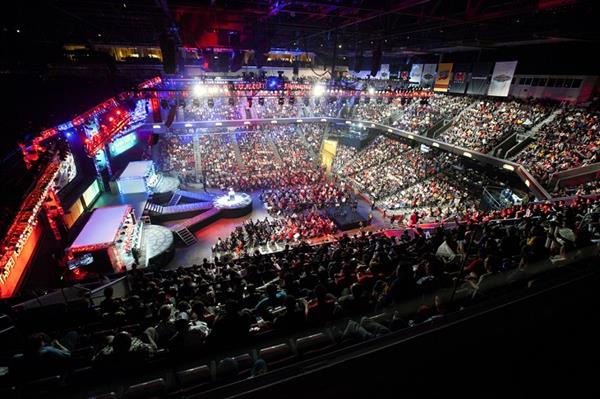 In the world of eSports, practice distinguishes the good from the great. For many professional eSports athletes, practicing their craft for over 12 hours a day is not only the norm – it’s expected. The mental, physical, and emotional toll on these athletes can be exhausting, and only those most determined rise to the top.

League of Legends player Adrian “Candy Panda” Wübbelmann, formerly of SK Gaming, described his intimate relationship with the sport: “you basically devote your life to League of Legends. You think about it, play it, and live it.” It’s this type of mentality that propagates success in the very competitive eSports world.

But simply sitting down and playing a game for more than half the day isn’t a sure path to making it as a pro; like any other sport, it takes focused dedication and acute practice to truly improve. To have a complete understanding and mastery of the game, professionals spend time studying maps, plays, characters, opponents, and the game itself. Games like Super Smash Brothers and Starcraft II are popular as eSports because of their depth and complexity—players constantly have room to improve and only the most dedicated can hope to one day play professionally.

Indeed, one of the best League of Legends players in the world, South Korea’s Chae “Piglet” Gwang-jin earned himself the nickname “practice worm” for his habit of practicing 15-16 hours a day. “Piglet’s” intense work ethic helped him master the game and win the 2013 World Championships. “Piglet’s” superiority can be explained through Malcolm Gladwell’s 10,000 hours of practice principle, described in his book ‘Outliers’.

Gladwell, using examples ranging from symphony violinists to Bill Gates to The Beatles, concludes that it takes roughly 10,000 hours of practice to master a skill. In order to truly perfect a craft, Gladwell argues, one must dedicate their time to consistent improvement. And that takes time. In “Piglet’s” case, that time was spent practicing both with his teammates and alone.

Certain competitive games such as Halo and Call of Duty are designed for individuals, and therefore leave athletes on their own to practice and train. However, team games like Dota 2 and League of Legends require team practice, often necessitating teams to move in together and live in dedicated gaming houses.

These team houses are an effective method of promoting unity both in and out of game, allowing players to work and build off each other’s knowledge and experience. Some teams take it even further, traveling across the world to boot camps, scrimmaging local teams and practicing nearly every waking hour of the day. Last year, three of the best European League of Legends teams traveled to South Korea for two and a half week boot camps in preparation for the World Championships.

Professional eSports athletes also rarely get major breaks — the offseason is often short and if players live in a team house there is little distinction between work and life. But because competition is fierce — with newcomers constantly looking to break into the professional scene — players have to stay sharp and well practiced to retain their spots.

Despite all this, “Candy Panda” insists that “the pros outweigh the cons.” The payoff of all that practice can come in the form of gold – the winners of Dota 2’s championship last year took home over $5 million — or glory, as many of the best eSports athletes can make a living even after their professional career ends by streaming to their dedicated fan base. But before all that comes one thing: practice. A lot of practice.

Jonathan Deesing is a freelance eSports journalist whose first and only love is puppies. You can follow him on twitter here.