Growing up, I considered myself lucky. In a family of overweight and obese people, I was small and skinny. I never had to think about what I put in my mouth. And since I was a sickly child, I was always encouraged to eat eat eat, anything it took to get food in my mouth. I lived this way, carefree and believing I was blessed with a fantastic metabolism, until I turned 14 years old. As I was going through puberty, my luck began to run out, and I began to notice my clothes were suddenly getting tighter on me. By age 16, I was downright overweight. In a panic, I joined Weight Watchers and quickly lost 20 lbs. 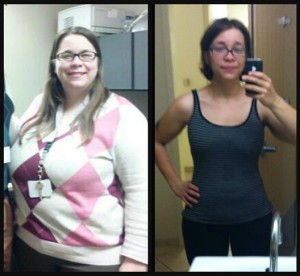 Figuring I dodged that bullet, I resumed my old eating habits, and slowly, the weight began to creep on. It never got more than 20 or 30 lbs. of excess bodyweight until I quit smoking cigarettes at age 20. That is when the true weight gain began, and I realized I was officially obese. My 20’s were a roller coaster of diets followed by binges. I became a closet eater, stopping off at drive-thru windows on my way home from work, stuffing my face with three or four different items, only to then rush home for dinner. When I became pregnant with my twin daughters at age 23, it was a license to eat and I packed on 100 lbs. in seven months, a majority of which did not come off when they were born.

A few things happened all at once, creating what I often refer to as the “perfect storm” of reasons that it was time to get my life together. I turned 30-years-old, which was a huge deal to me. I realized my metabolism might really begin to tank at some point. I then watched as a friend fall victim to diabetes and lose his kidneys, some toes, and developed heart disease all within a very short period of time. Diabetes runs rampant in my family, and since I work in a diabetes center, I knew how bad the disease can destroy, as I watched it so close up with my friend. I decided to see a doctor at my job, as she was able to prescribe weight loss pills. 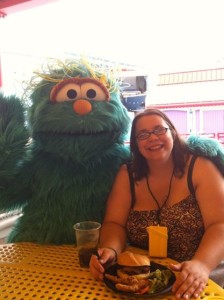 However, the final straw occurred before I even saw her. I had to get on the scale for the first time in many years, and it was then that I saw that, at only 5′ 3”, I weighed 296lbs. That was only four pounds shy of 300! I was stunned. This meant I was “super morbidly obese.” Sure, I was having difficulty walking, and sure I couldn’t tie my shoes, but 300 pounds! I knew right then and there that, no matter what happened at the appointment, I was starting to lose the weight that very day. I did get a prescription but I tossed it and decided that I wanted to lose the weight the old-fashioned way and, with a new found determination, I dove head first into a new life.

I began my journey by cleaning up my diet and learning portion control. I downloaded the myfitnesspal app and started eating at a calorie deficit. I knew if I was to succeed, I needed to allow for treats, which I did, and it helped me to not feel so deprived and allowed me to stick with my new lifestyle. I started walking more, which was initially quite difficult but I knew I needed to be more active to become the healthy person I wanted to be. A few co-workers and I began to take the stairs. It was four flights and it was very difficult for me, but as time marched on it got easier. After shedding about 20 lbs., I began to do Jillian Michaels workout DVDs.

What changed my whole life, however, was when, a few months into my journey, I signed up for a 5K with my sister. I immediately downloaded the Couch to 5K plan and got to work. I initially hated running, and I cried through the first few weeks of the program. Eventually, however, I began to enjoy my runs, and before long – I was hooked! We finished our 5K September of 2013, and I’ve done two more 5Ks since. I am presently training for a 10K this September and my goal is to run a half marathon within the next year. Running became my passion and my ticket to health and fitness. 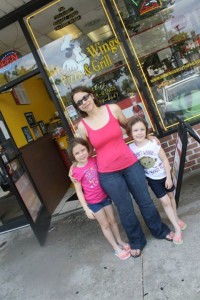 Since I started in February of 2013, I have lost 144lbs. I have gone from 3X tops and size 24 women’s pants, to small/medium tops and size 8 pants (and dropping). I had high blood pressure when I started, and now my pressure is beautiful. I run several times a week these days and am so happy I found such an awesome sport! I eat a pretty healthy diet, and I learned to control my portion sizes at long last, something I was never able to do. I’ve been incredibly lucky that, despite being a single mother, I have a wonderful support system. My friends, family and even my co-workers have all been incredibly supportive throughout this journey, and I could not have done it without them! My goal now is to pay it forward and try to help inspire other people who struggle with obesity through social media, as I was always inspired by the success stories of others. Nothing can stop me now! 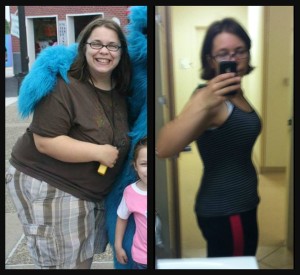 1. Find an activity you enjoy – You are more likely to stick to a workout regimen if you are doing something you like. For me it was running, for you it may be walking, yoga, lifting, crossfit, zumba, etc. Anything that gets you off the couch with a smile is what you should be doing.

2. Don’t deprive yourself – While some people are triggered by certain foods and should thus avoid them (at least for a while), if you’re able purchase treats you love in smaller portions (like Quest Bars!), allow yourself to indulge from time to time. This can prevent binge-eating, and was one of the biggest reasons I’ve been able to be successful.

3. Use a food log – It’s very easy to underestimate what we eat in a day. I found that logging my food and keeping track of my calories showed me where I was going wrong. Having the foods written out in front of me helped to teach me about portion sizes and getting the most bang for my caloric buck.

4. Teach yourself to be positive – This was difficult for me. A lot of people that live with obesity have poor self-images and low self-esteem, so the negative takes up a lot of real estate in their minds. Learn to celebrate your accomplishments and give yourself pep-talks all the time. Maybe recite an inspiring quote to yourself when things seem particularly bad. Eventually the positive will begin to replace the negative.

5. Focus on multiple smaller goals instead of the long term goal – If you have a lot of weight to lose, that number can seem daunting and so very far away. Set smaller goals, and when you get there, reward yourself (not with food, of course). Treat yourself to a new outfit when you lose 25 lbs, for example. This breaks up the journey and makes it not seem so impossible.

You can find Gina DiGregorio at: