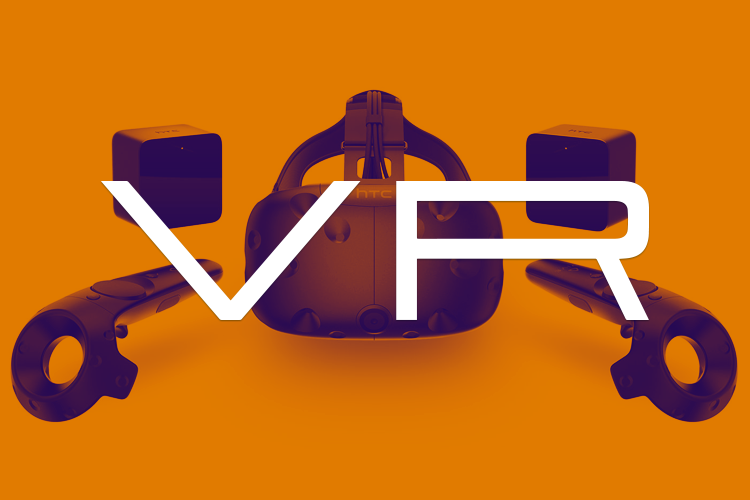 I crane my neck in every direction, catching the distorted ripples of sunlight cutting through the ocean surface above me. The beams dissipate and fade in and out between the vast blue and black hue of the water. A large school of tiny fish flit about the deck of a sunken 50 foot long galleon at my feet. I reach out to touch the school and it quickly evades my grasp, revealing a gargantuan humpback whale bearing down on me. I don’t panic, because it’s a whale. It’s beautiful, majestic and… staring at me? The mammal has to be the size of the sunken vessel below my feet. Its intelligent eyes study me with the same curiosity it must see in my eyes. It blinks and moves away from me as suddenly as it arrived. I can almost feel the water parting to make way for the girth of the beast. It maneuvers away from me and the wreckage with a few powerful whips of its tail, disappearing into the vastness of the ocean once again. It’s one of the most surreal experiences of my life. And it never actually happened.

What I experienced was a two minute VR demo called “The Blu: Encounter.” I’m not in the ocean, I’m in the Inside Quest Studios. There’s a goofy-looking facemask called the HTC VIVE strapped to my head that makes me look like an incomplete version of Robocop. To others I look ridiculous, but through my eyes, I’m staring at a sterile white environment that looks like the loadout environment where Morpheus and Neo grab tons of guns from The Matrix films. Simple white walls with crude vector graphics surround me. I eagerly wait for my next demo to boot up.

I’m the fourth in line from the Quest offices to test out the headset and just like Tom Bilyeu, Nick Robinson and Yoni Ginsberg before me I’m pretty sure I said “wow” at least 10 times in two minutes. That’s the best way I can describe what’s happening in VR… “Wow.” You may be asking, why is a nutrition company famous for making the Quest Bar writing an article about virtual reality? Quest is about a way of life. It’s about taking control of your destiny and working toward your goals. It’s an emotional response of pushing your limits and making you view the world through a different lens. So the only answer I can give is that you have to experience what I described above to understand how transformative VR feels. The same way a non-gym goer doesn’t understand a runner’s high until they work out. That lesson is a universal throughout life. With VR it’s no different.

There’s something very humbling and exhilarating about a grown-ass man smiling, giggling and playing like a child again. That’s something text can’t accurately describe. You’re strapping into a make-believe world, but your brain doesn’t see it as that. It’s not constructing a superficial trick, it’s telling you “You’re not in this air conditioned studio, you’re on the bottom of the ocean and this is a giant fucking whale.”

Back in the studio I’m prompted that the next demo is about to load and the excitement builds again. I can’t wait to see what wonders await me! When the words “Job Simulator” pop up in front of my face, I can’t help but laugh at the irony. I’m at work about to play a game about being at work. Or so I think. Instead a vibrant, solid, cartoony 3D environment complete with cubicles, ringing phones and computers from the late 90’s fades in around me. Two gloved hands float in front of my face to represent where my hands are in 3D space thanks to the tech behind the VIVE’s wireless controllers and infrared room scanners. When I pull the triggers on the back of the VIVE controllers my virtual floating hands open and close in time with my real hands. Jason Ray, Sr. Producer on the HTC VIVE team instructs me to make a cup of coffee in the game. I look around with my real head in a virtual world to find the fake coffee pot. I see picture frames, plants, a stapler, multiple cups and cubicle accoutrements around me. Instead of completing my cup-of-coffee objective I begin testing the limits of my environment and having a blast doing it. That’s what VR is about, pushing boundaries.

I grab a coffee mug and throw it in the adjacent cubicle, I grasp a donut from the box behind me and bring it closer to my eyes to inspect it. My virtual mouth makes eating noises and seconds later the donut is gone (just like when I hold a donut in real life!). Even though the environment around me is stylized and cartoonish, I’m in this office and I’m being a terrible employee without consequence.

From an entertainment standpoint, there are no limits to where VR experiences can go. I’ve been a hardcore gamer since I was five years old and it has remained the one constant passion in my life. If game developers and content creators can build valuable, immersive experiences and environments begging to be explored, VR can revolutionize entertainment. However, it’s the real-world applications that have me the most excited.

“Tilt Brush” is Photoshop or Microsoft Paint in a 3D space. Your canvas is the air around you. I was able to pull the same trigger I pulled to grab coffee and donuts in “Job Simulator” to create a cube floating in midair. I walked around it to inspect it from all angles. I signed my name in the air using a neon paintbrush (which is exactly what it sounds like). I was able to change my canvas from the plain dark grey “Matrix Loadout” screen to a “Winter Wonderland.” There I decorated a pre-made snowman with an orange carrot nose, two coal eyes and buttons with a bunch of tiny pebbles for a smile. It was my last demo on the VIVE and perhaps my favorite. As soon as I got back to my desk I went to YouTube to find real visual artists using the tool and happened upon this… wow.

I can already imagine walking through a virtual art gallery, getting up close and personal with a creator’s vision. I think of walking on a virtual replica of the surface of Mars complete with NASA’s 3D topography data so every crack, crevice, rock and speck of dust are accurately rendered before my eyes. I don’t need a space suit or a 450 million dollar rocket. I can pop on my headset and I’m somewhere else. I’ve always wanted to visit Machu Picchu or the oldest manmade site on Earth, Gobelki Tepe. This will make that possible. It’s more than looking at a picture, it’s stepping into an accurate recreation of wonder. While not as transformative as the actual experience of visiting these ancient sites, VR offers a means to preserve our history and protect it from the natural disasters and senseless acts of war. Imagine a double amputee able to traverse the Great Wall of China or a quadriplegic who can experience flight from the eyes of a bird. Someone with crippling agoraphobia can step outside their home without risk and overcome their fears. It’s very tempting to look at VR as a fad that only appeals to gamers and tech junkies, but I can recall a time where “cellular telephones” were only for rich Wall Street bankers and CEOs. Now there’s a 33% chance you’re reading this on your phone.

I don’t know what the future holds for VR, but I do know that I watched the President of Quest Nutrition gush like a child when he opened a virtual drawer. I saw my boss scream in terror as a fast-moving zombie bore down on him in the demo “Arizona Sunshine.” These are genuine emotional experiences that transcend the world of video games and entertainment. VR is about play, it’s about tapping into the mind we once had as kids — the mind that allows us to pick up a bug and inspect it rather than squash it with a newspaper. It’s a hearkening back to a time of innocence, experimentation and wonder. It’s a constant reminder that it’s okay to let go and play once in a while. It’s simply, wow.

A huge thank you to Jason Ray and HTC and Valve for letting us play around with their incredible piece of hardware. Please support them and their accomplishments – you can order the VIVE Headset Here. Have you tried VR yet? What was your experience and what would you like to see? Let us know in the comments below! 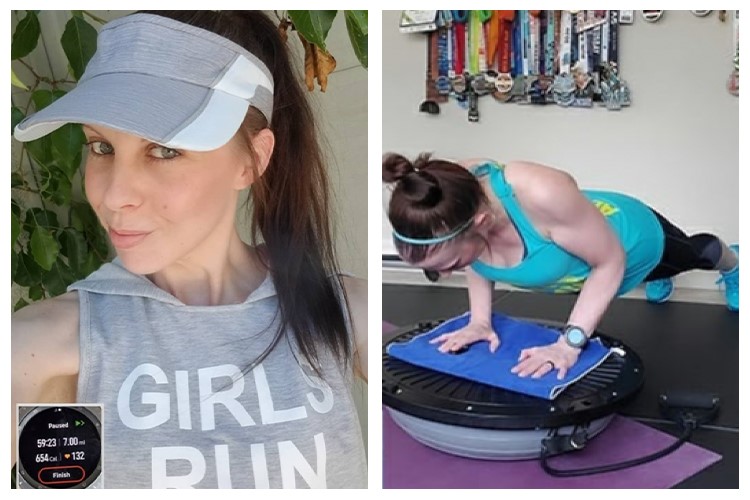 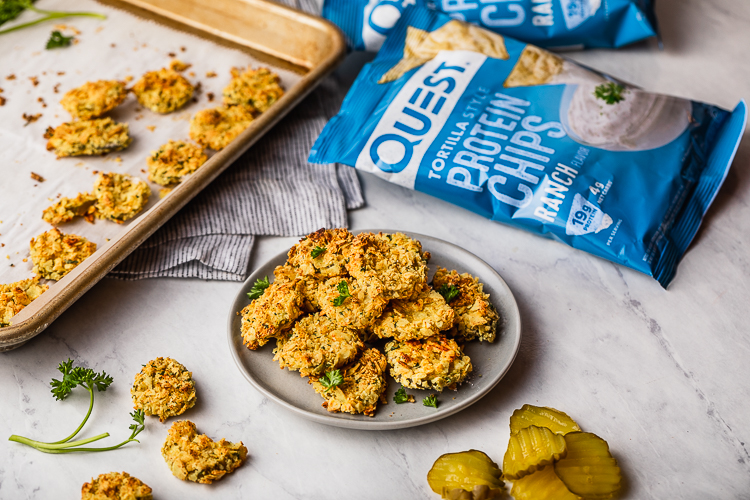 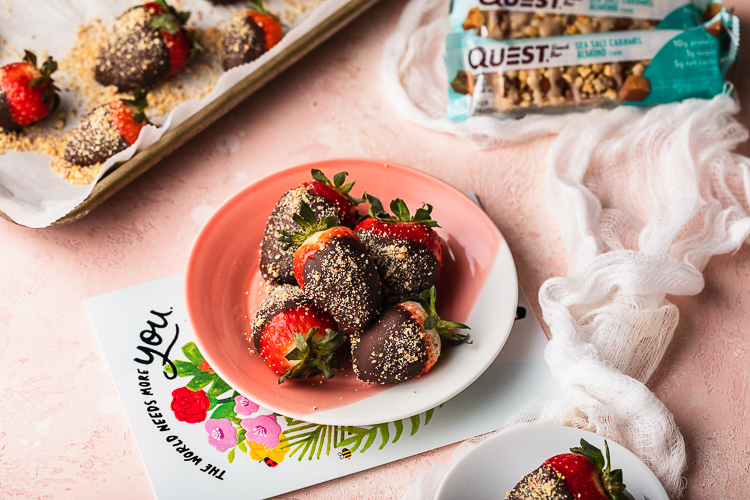