When I was told I had to interview Matt Cadiz for the Employee Spotlight blog post I asked myself “who the hell is Matt Cadiz?” Knowing who’s who at the Quest office can be difficult because there are so many of us! When I found out that Matt Cadiz is actually the Creative Director we all call “Maca” (Matt Cadiz = MaCa, see?), I was excited to get to know him better.

Maca is a heavily tattooed, almost-always-hat-wearing, chill guy with a keen eye for color, composition and strategy. Even the way he decorated his office can only be described as “chill zone” (see picture). Naturally, when I went to interview him for this piece I said we should do it in his office.

“I had no idea who Quest was when I first started…I wanted to work with somebody and not for somebody.”

There’s music playing inside, obviously, and I secretly wonder if it’s going to mess with the audio on my recording, but I don’t let him know that.

He tells me he’s been with the company for three years. And for those not in the know, that’s basically the beginning. I ask him why he wanted to work at Quest and I appreciate his honest answer: “I had no idea who Quest was when I first started. I was freelancing for about seven years and I realized I wanted to rejoin a community. The way the framework of my mind was I wanted to work with somebody and not for somebody.” He tells me when he saw the job posting it was almost too good to be true. As someone who has been with the company for six months I can remember the same feeling. “I was like yes, yes, yes in my head when I was looking at the job listing.” The next words that come out are, in my opinion, what sets Quest apart from any other job I’ve had. “They weren’t selling a product, they were selling a lifestyle.” 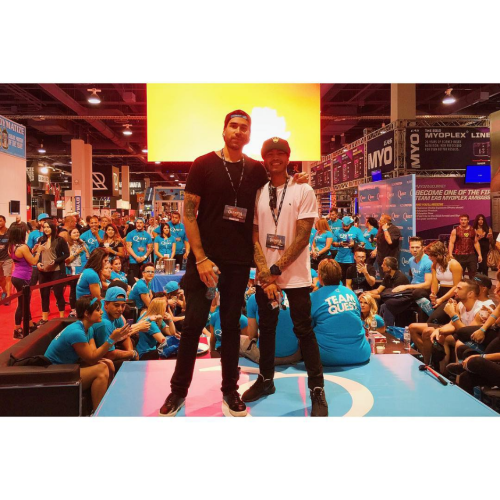 “To me my job is about art and strategy. Before I started with Quest I knew I was capable of doing the position, but I didn’t have the experience.” He reminisces about how he used to help his friends find out what they love but how he was never able to listen to his own advice regarding his life choices. “I experimented with so many things on my way up. I would come up with ideas, how to sell those ideas and then I would work on the visuals. I used to do that as a kid without realizing that that could be a career. It was something I just did without ever thinking of making money.” He then spouts a Confucian quote, “If you choose a job you love you’ll never have to work a day in your life.” That sentiment shows on his face around the office.

When we touch on the day to day he switches from chill mode to artist mode, “I focus on the high level stuff, but I miss doing the design work. I did that for 16 years of my life. I knew if I came to Quest I’d have to transition out of that and that’s okay.” I ask if that was a difficult transition to make. As a copywriter for the company I know there will come a day where I’m not tasked with doing what I feel is my purpose (writing 🙂 and I’m genuinely curious to learn from him.

“I look for people who know how to follow and break the rules. I’m a firm believer in finding people’s potential and helping pull it out of them.”

“The hardest part is, as a designer, we get the initial credit or praise. People say ‘oh that’s fucking cool’ when they look at your work and you love that praise. As creative director I started to realize that I wasn’t getting credit in the beginning and I always thought I was doing something wrong. Then it hit me, I’m the one who has to give the credit and I need to give it where it’s due.” This was a lightbulb moment for Maca. He had become the mentor and it was a transformative moment.

For potential hires looking for work in the design and art department Maca has advice I wish someone would have told me when I was in my early 20’s, “I look for people who know how to follow and break the rules. I’m a firm believer in finding people’s potential and helping pull it out of them.”

When I ask about the importance of a portfolio he’s already loaded with a response, like he’s been waiting to answer this question the whole time, “I’ve come to realize portfolios lie. A potential hire might show an amazing piece and they might have just done the color and someone else did the creative, and someone else did the 3D. Even if it’s theirs or not I’ll still look at the frame to know if they’re around high level art. Does it have a good balance to it? Does it have the right amount of contrast? Much of what art is from a marketing standpoint is to make people feel a certain way or feel a certain thing. It’s all about psychology and how it makes someone feel through color, tone and composition. At the end of the day I want to make sure a new artist or designer is pre-installed with the Quest mindset without knowing it’s there. That way I know they’ll get their firmware updates as they learn about the company. I want to make sure a new hire is ready to bump into walls together. I’m looking for people with the right amount of experience, but with room to grow.” 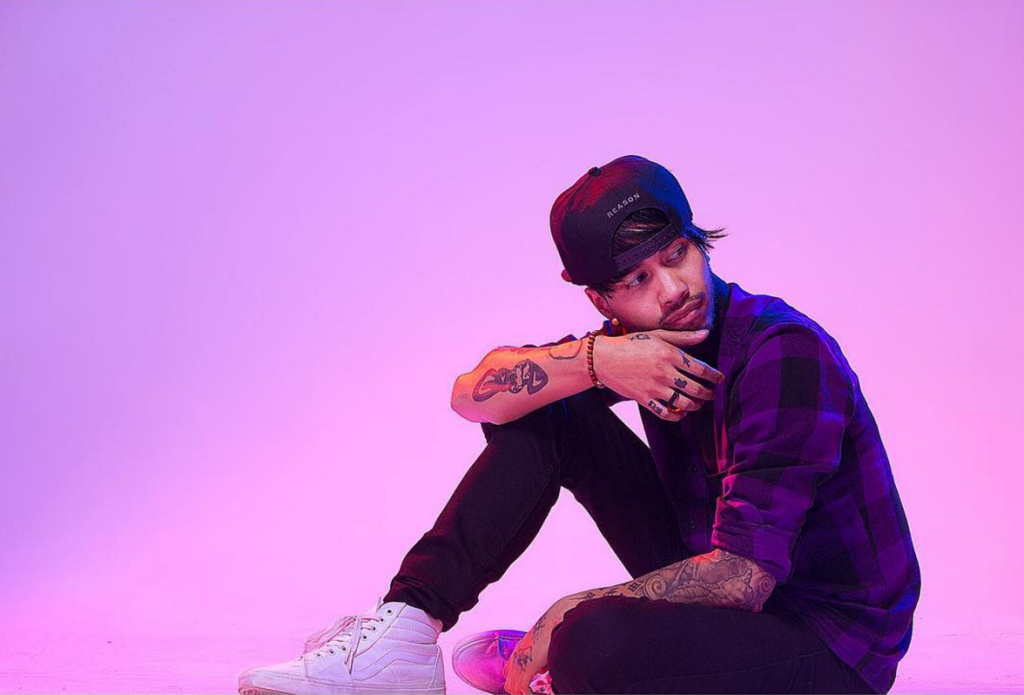 “I used to think that if I made great art and put it up people would just come to it. It doesn’t work that way. I was so egotistical in my thought process. Artists have a specific type of ego that’s fueled by confidence. We stubbornly fight for our work rather than fight for the goal of our work.”

It’s nearing the end of our half hour session and I ask him one word he would use to describe working at Quest and he fires off “Camaraderie. I was inspired by Tom, Ron and Mike a while ago. They built a business around the idea of ‘we can do better, here’s how we can do better.’ It’s about community. It’s about being around those who support you but ultimately you also support.” While that’s not a one word answer, I still love it.

To anyone seeking a job at Quest, Maca has some advice for you. “Quest is a great place to help you sharpen what your purpose is. Everything you do should help you reach that purpose. The other day I remembered when I was a starving artist and I wanted to know how to get more people to my work. I used to think that if I made great art and put it up people would just come to it. It doesn’t work that way. I was so egotistical in my thought process. Artists have a specific type of ego that’s fueled by confidence. We stubbornly fight for our work rather than fight for the goal of our work. Quest taught me how to fight for the goal and realize that everyone has talent and ability. Just because you’re a great designer doesn’t mean that the last time you designed something it should go through. It doesn’t mean you always have the answer, and that’s okay.”