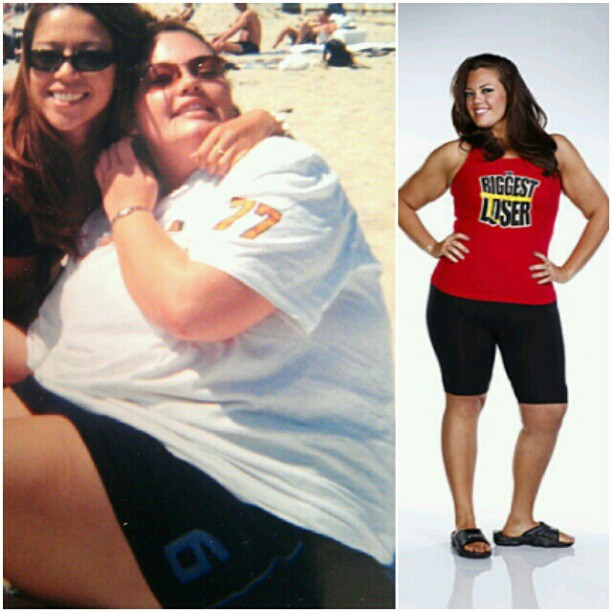 Let’s just start out by saying Quest Nutrition is a lifesaver! When you work 50+ hours a week, along with wanting to get your 1-2 hour workouts in everyday, nutrition isn’t always an easy thing to stay on top of.

Everyone knows that nutrition is 75% of the weight loss and overall health puzzle. But I never really “got it” until I was a contestant on Season 10 of NBC’s The Biggest Loser in 2010. But that’s not where my healthy journey even began! It started way back in 2006 when at 23 years old – I reached my highest weight of 385 lbs. I was desperate, depressed, and ready for a change. I underwent Lap-Band surgery and lost 100 lbs. the first year with healthy eating and exercise. But then it stopped…everything came to a screeching halt for THREE YEARS!!!

I was stuck at 285 lbs. for three years, and all the healthy eating and workouts I had been doing weren’t working at all. I stayed stagnant in my weight loss and again – I started to get desperate. That’s when I reached out to ‘The Biggest Loser,’ and in 2010 at 285 lbs. I was cast on the red team during Season 10 of the show.

During my time on the show, I learned that my body needed much more intense exercise to push through my plateau, and that my “healthy eating” wasn’t that healthy! I learned to cut out things like excessive salt, sugar, and simple carbs and replace it with high protein, low sugar, and carbs from veggies and whole grains. I learned that food is a MAJOR part of the puzzle and if I couldn’t keep that together, than this whole thing wasn’t going to work long term.

I stayed on the ranch 9 out of the 11 weeks we were there, and learned multiple lessons about myself and what I was capable of, but never could have foreseen how hard it was going to be once I got home.

Fueling workouts became my only goal and bars and shakes were a huge part of that. But finding bars and shakes that actually tasted good and didn’t have a ton of sugar was nearly impossible! I had also started eating along the lines of very lean paleo style trying to get more of my fats from nuts and fish. In the end, after six months preparing for my ‘The Biggest Loser’ finale, I had lost an additional 100 lbs.! I was down 200 lbs. at that point! Then after the lights turned off and the curtains closed, it was all up to me to maintain.

It’s been three years since my time on the show, and life has hit me, changed me, and knocked me down since then. And to be honest, some bad habits crept back in. The stress eating, the late night eating when you were at work later than you expected, and just socializing again all took a toll and I put a little weight back on. But this time was different, because I knew what needed to be done…and that’s what I did.

Quest Nutrition came into my life at that exact moment and when I was able to look at the nutrition ingredients – I was ELATED that there were finally substitutions and post workout meals I could eat, that were made with natural ingredients. Then when I tasted them, the deal was officially sealed! I became an avid follower, trying all the fan recipes and getting creative! Today, not a day goes by that I don’t have at least one bar and I’m constantly giving them away to family and friends, turning them into followers as well! I love that they are so integrated into the CrossFit communities too, and think they are a perfect fit!

For those of us who have real lives, who aren’t reality stars completely isolated from the world and busy schedules, I can’t recommend a better product to get you through your day and actually stay on your 75% healthy nutrition enjoying what you’re eating, and fueling your day with higher energy to get those workouts in, no matter what the day throws at you! From reality star back to real life, I have to use the right tools to keep on track and Quest Nutrition is definitely one of them!

You can find Jessica at: