My name is Tim Ward and I’m a teacher and coach at Heath High School, in Heath, Ohio. Up until recently, I would have said my life was pretty normal… but apparently it isn’t normal to lose 115 pounds in 6 months or 154 pounds in a little over a year.

I have always been a “big” person. My nickname through school was “Bigg Tim”. It probably had something to do with the fact that I entered my freshman year in high school at 6’1” and 275 pounds… or maybe the fact that I wore size 13 shoes in 5th grade. Either way, I was a big guy – but I always considered myself an athlete. I was fortunate enough to continue playing football at the collegiate level, for the Wittenberg Tigers. It was here that I learned to push myself beyond what I thought I could do. I set several lifting records, as I immediately excelled in the weight room. 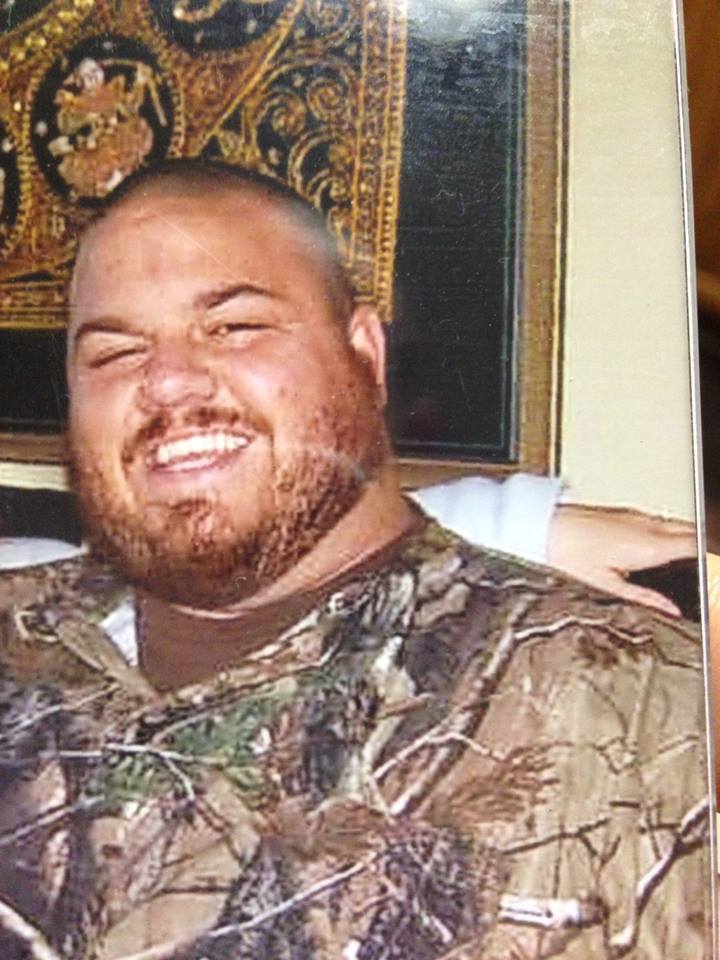 I always knew I needed to do something about my weight. From the time I stopped playing football in college until the summer of 2013, I put on several pounds. I was on several forms of medication for high blood pressure, sinus problems and acid reflux. With a family history of heart problems, I was walking a tightrope every single day I let myself carry so much weight. I just kept telling myself I’d change as soon as I could no longer do the things I wanted to do. 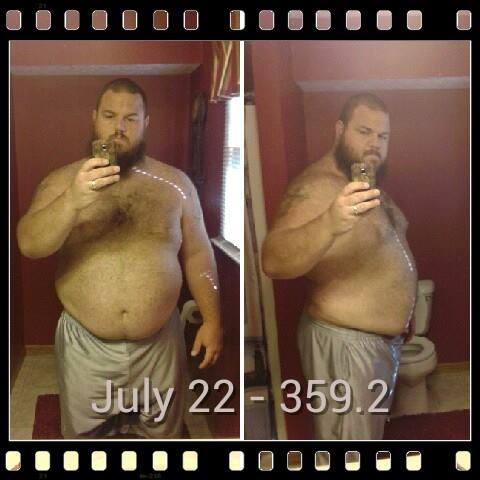 On July 22, 2013, I woke up to the first day of the rest of my life. The night before, I was sitting at the dinner table with my family and my sister’s family. Like any other day, I was eating more than my fair share of pizza. I asked my brother in law why he was not eating pizza with us. He told me about a new low carb diet he was trying. Throughout the discussion, I realized I should probably do something about my weight.

The next morning I woke up and had a check up at the doctor’s office. When I stepped on the scale, something clicked in my head. I weighed 360lbs…  and it was at this moment in time that I decided to take back my life! 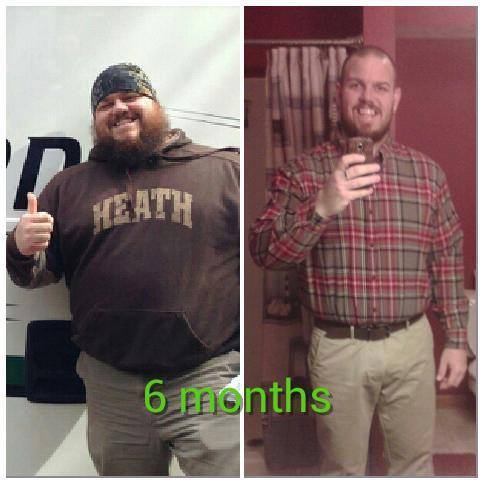 I began by just cutting down on the amounts of food I eat and limiting my carbs – foods like pasta, bread, and potatoes. Soon after I began, I started to walk for about 10 minutes a day. I continued to increase my physical activity and added in some weight room workouts. Eventually, I was able to run for significantly longer distances and periods of time. I now run between 4 and 10 miles a day.

I truly believe that I have been given a second chance at life. I never expected the results I have had. My initial goal was to just drop to around 300 pounds so I could live a more comfortable life. As I continued to have success, and even gain the admiration of my peers, I adjusted my goals to become more challenging. I soon realized that people looked at me as inspiration; which was extremely surprising and unexpected to me.

As of October 14, 2014, I have lost over 150 pounds. I have lost over 20 inches off of my waist and went down 12 pant sizes. I decided to start a Facebook page to help motivate others to make positive life changes. “Take Back Your Life” is a page I manage and use to not only share my successes, but also encourage others to share stories of their own success.