Video games are no longer just a hobby. Over the past few years competitive gaming – referred to as eSports – has grown exponentially. Professional teams, competitive leagues, and large prize pool tournaments are now commonplace in a rapidly evolving industry where professionals have sizeable fan bases and earn six figure salaries.

But celebrity status and the allure of a large paycheck at an early age are just two factors parents should consider if their kids have a passion for gaming. Even if your kids don’t go pro, gamers can learn valuable skills and maybe even earn a college education… by playing video games. A number of colleges have established eSports programs that view gamers as student-athletes.

So I wanted to take this opportunity, as a former non-gamer, to educate parents and aspiring gamers on why they should foster a career in competitive gaming.

You know the routine: kid comes home after school, throws their backpack to the floor and disappears to his or her room to turn on their console. From that point till dinner — and from dinner to bedtime — their eyes are glued to the screen, fingers manipulating the mind’s desires in an imaginary world…I can understand why you’d label that as a waste of time from an outsider’s perspective. However…

From the kid’s perspective, the game is a means of escape to another world. While there, skill and strategy translate to victory. But most parents only see their kid not socializing, exercising, or doing homework.

I’m happy to report that not all parents of gamers agree that playing video games is a bad thing. Take Dr. Mitchell Jackson, the father of Sam “Lourlo” Jackson – a professional League of Legends player for the gaming organization Team Liquid – for instance. He says he sees the same traits that he uses in his ophthalmology practice in his son’s gaming endeavors.

“He’s a ‘mini-me’,” Dr. Jackson explains. “He’s driven to succeed, he hates to fail, he has an obsessive personality and he strives for perfection.”

People often ask Dr. Jackson what he thinks of Lourlo, who decided to put college on hold to make gaming a full time career. His response? He absolutely loves it.

“It’s fun, I’m glad I get to watch him compete,” says Dr. Jackson, who discovered his son’s skill by chance. A few technicians working for him requested to come to the doctor’s house to watch Lourlo play. The onlookers were so impressed at Lourlo’s performance that they offered to build him a gaming rig.

Now Lourlo competes weekly in front of a live audience and hundreds of thousands of online viewers. In his rookie split he helped his League team make it to the playoffs, where he played at the Mandalay Bay Events Center in front of 10,000 live viewers. Getting there required a lot of time, dedication, and hard work and it was through deliberate practice that Lourlo was able to turn a curiosity into a career.

Lourlo is just one example of a pro player making waves, and he is fortunate enough to have his parents’ support. But how do the experts recommend you encourage your child to achieve optimal gaming performance?

Here’s How to Maximize Potential

There are thousands of ways to encourage your son or daughter to compete, but this list focuses on actionable steps that are great not just for gaming, but for achieving success in general.

1. Take an Interest In Your Kid’s Interest

I know, you probably don’t know how to play video games. Neither did your kid at one point. But in order to truly understand how good your child is at their game of choice, you have to have some frame of reference for the game they’re playing. Only then can you determine their true skill level.

Parents have been doing this with traditional sports for decades. It’s easy to tell if a child is taking a sport seriously because parents typically understand the game being played. While grasping the systems and mechanics of a complex video game is difficult, taking an interest and helping your child understand them is beneficial to their ability to advance.

Also, parents who play video games are cool, in case you didn’t know.

The term deliberate practice was cooked up by a leading researcher on expertise (yup, that’s a thing!), Anders Ericsson. It explains how exceptional performers come to be.

Hint: it’s not magic. It’s through practice. If you can design exercises to teach specific skills — while monitoring progress — you create a scenario where you can develop and improve your skills. Pro gamers do this to reach top tier levels of play and then continue to practice deliberately to adapt to ever-changing games, new characters, and optimal strategies.

Oftentimes, hiring a coach aids this process tremendously. I’m not saying you should start there, but if you’re realizing your kid has some chops, there are online training tools that offer lessons that teach kids how to think critically about their gameplay. As the eSports industry grows, the emergence of camps, training centers, and other developmental facilities are inevitable so keep your eyes peeled for more coaching opportunities. You could even start one yourself. 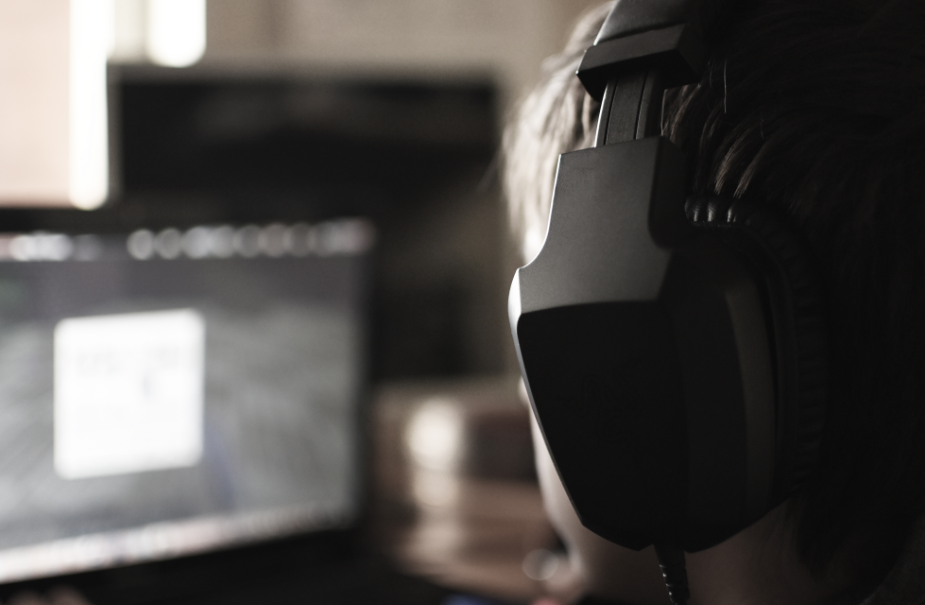 3. Make health and wellness a priority

Green says that meditation and exercise are important factors in helping top players realize their full potential. “The most impactful exercise you can do that will affect all areas of your life immediately the moment that you start is mindfulness training,” Counter Logic Gaming, which has won the past two North American League of Legends splits, has worked in mandatory daily meditation for its players.

Mindfulness training and physical activity, Green says, help players stay focused and decrease the risk of injury. “I think yoga is #1 and kettle-belling is #2, in terms of things you can do that are specifically good for eSports,” Green says. Yoga combines physical activity (particularly in the wrist) and mindfulness training, while the kettle bell is the perfect tool for gamers to make sure they’re avoiding wrist injuries. Plus they’re cheap and sit nicely next to your rig.

A balanced, nutritious diet will also allow kids to feel their most refreshed and maintain focus. Healthy snacks are imperative as gamers often tend to not want to leave their gaming station to eat. Enter Quest Bars. Through our relationship with Team Liquid, we’ve been able to support a professional team’s progression from pizza and Chipotle to a balanced, healthy diet. The results have been truly impressive: multiple players have lost significant amounts of weight and the players overall feel and play better.

Kids need encouragement and positive influences to achieve their goals. So don’t forget you’re their #1 fan and it’s okay to ask them to demand more of themselves.

I’ll admit, the road to professional gaming is not paved with dandelions and roses — some numbers indicate that as a percentage of participation, professionals in video games are far rarer than their traditional sports counterparts. But it’s the journey that can be extremely rewarding. Learning what your kid is passionate about will strengthen your relationship. Even if they don’t become a professional player, they can still turn their passions into a full time job somewhere in the ever-growing eSports landscape.

If there’s anything that I’ve learned over the past 18 months working in this field is that the eSports industry is filled with passionate, hard-working people who are dedicating their time to building up and playing the games they love. If your child is passionate about dedicating their time to playing, let them play, you have no idea where it could take them in the future.