Last month we got an in-depth look at the creativity that drives Quest with our Maca interview – this month we’re switching gears and highlighting the troops on the road, literally. When I called Central Regional Sales Rep, Thomas Papilion, I could hear the hum of his car tires cruising over the pavement. Tom played college football for the University of Colorado Boulder – an experience he says prepared him for the professional world more so than any other. “It’s a lot of time management. So juggling school and football was almost like a job. You need dedication and it helps you figure out where your priorities lie. Between school, football and partying in college you can only be effective at two of the three, so I chose school and football.” 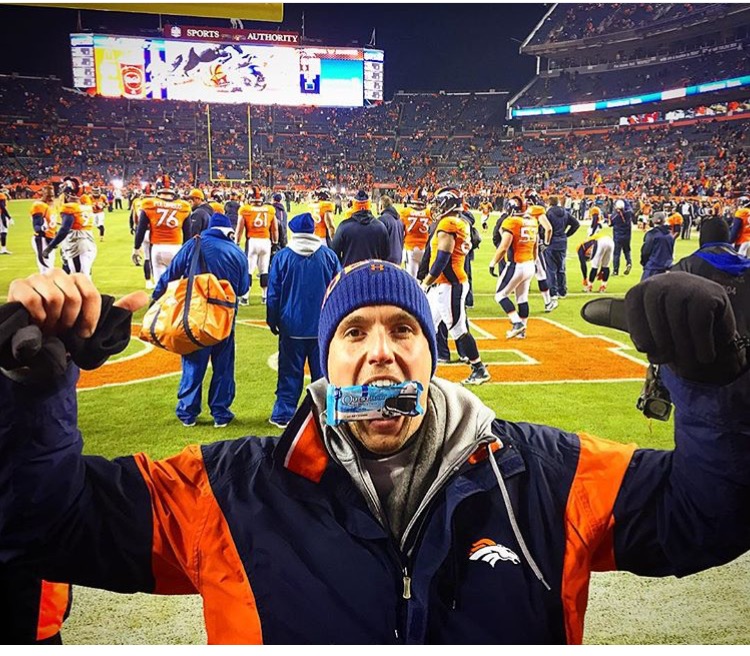 Tom’s day-to-day looks a little something like this: Wake up and map out the specialty retailers in the Midwest region, make some calls, answer some emails then hit the road to check in on and build up accounts. For those who still believe the traveling salesperson is a bygone career, they’re mistaken. Sure, Tom isn’t walking door to door interrupting unsuspecting people in their homes; his sidewalk is the open road and his neighborhood is the entire Midwest region spanning from North Dakota to Kentucky – a total of 12 states. I ask him if working for Quest was ever a job on his radar, “I was working sales with a smaller company when RJ, my current boss, reached out to me because Quest was looking for someone to support specialty retailers in my area. I moved to Chicago after college to experience a different city. I didn’t know who Quest was when I was in college, but after I graduated I had heard a lot of hype about the company and their rapid growth. So when the opportunity came up, I couldn’t pass it up.”

As a college athlete, Tom learned how to be competitive and a sales position fosters that natural drive to compete, “I can’t play football anymore because I’ve had too many injuries, but I’ve always been a competitive person. That’s why I chose sales over finance because of the competitive nature.” He’s quick to point out that relationship building is at the heart of his day-to-day work. “Initially, it’s important to make connections and not just push product on someone. I work in specialty which is a lot of mom-and-pop shops in the area. These aren’t people looking to make a ton of money, they’re in it to help people achieve their goals.”

One thing that’s especially true in Tom’s day-to-day is failure – when you’re in sales, you hear “no” way more than “yes,” so mindset is a huge part of Tom’s success, “Failure is something I’m familiar with – being an athlete very few succeed on their first try. It’s definitely part of my daily routine and it’s just a matter of coping with it and how you can structure it and get around it. My favorite thing to do is shape failure into an opportunity. That’s how I look at it. If I fail at one aspect that doesn’t mean the door is closed, there’s always multiple ways to achieve your goals.”

I ask Tom for his favorite bullet point from the Quest belief system and he has the answer memorized, “#15 – Any obstacle can be overcome.” The whole quote is Any Obstacle can be overcome. See #14 (which is, Members of Team Quest Do Not Make Excuses. Ever.). The two lessons go hand-in-hand and it’s an ethos that Tom is well familiar with, “I think that’s my favorite because I’ve had to overcome a lot of injuries and I know from experience that you can overcome anything. I don’t believe in going around obstacles, I think you can go through them. If you hit a wall you can give up, but if you power through, that momentum will keep you going. The game isn’t over until you say it’s over.” 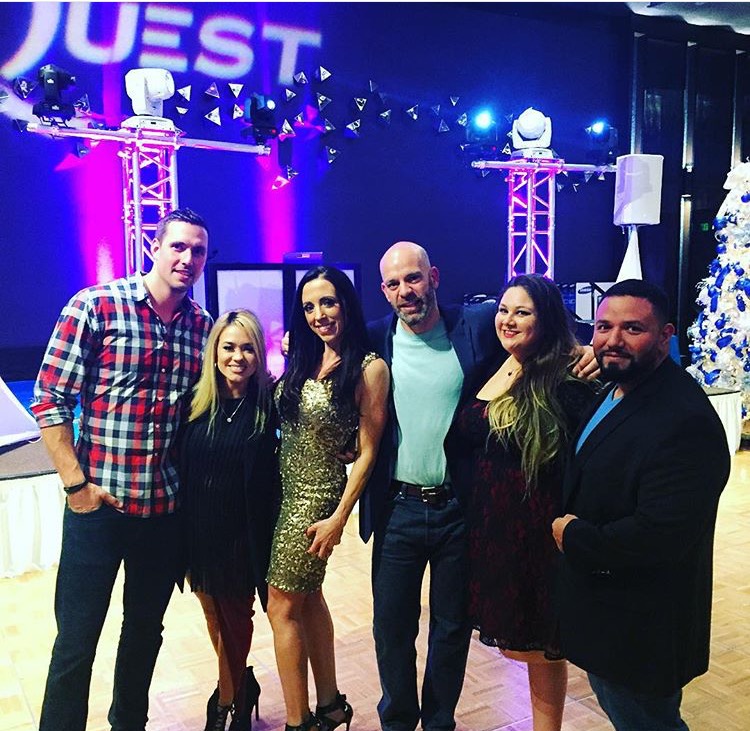 I try and get Tom to say something bad about the company – it’s something I always try to do because, let’s face it, nothing is perfect. Even after some prodding, the only thing I can remotely get out that might be criticism has a positive spin on it, “I think being on an island you can definitely fly blind. When you’re in a sales position you can feel like you’re alone, but Quest does a really good job of staying on top of things. Our directors know what they want to accomplish and they support us along the way.” He throws in a mention that makes me happy “And the marketing team does make our job a lot easier, I really appreciate it.” This is where I should insert the winkyface emoji, methinks.

When I ask Tom what his favorite Quest product is I’m surprised by the answer, “The Quest Protein Cravings! I love those, we’ve reinvented them over the past year and they’re so good, you have to try them if you haven’t recently.” I have, and I agree, they’re quite delicious – but perhaps the most delicious thing Tom leaves me with is his inspiring word for potential hires looking to get a job with Quest, “It’s a great company and Quest doesn’t want you to be at Quest if it’s not getting you where you want to be or moving you toward your goals. I think it’s a great starting point for that. I came in not knowing what I wanted to do, but now I know that I want to help people. Whether it’s with their health or anything else, I think Quest will give you the tools to learn how to achieve your goals.”