The Dutch Duo “Free Wheelers” have camera, will travel.

Legal Drugs. The Red Light District. Canal-lined roads. And bicycles. Lots and lots of bicycles. These are all things that come to mind when we think about the famous (or is it infamous?) Dutch city of Amsterdam. But as I have come to learn, it’s truly the latter that best defines the spirit of the city.

I wouldn’t be surprised if around the time children in the US are taking their first steps, Dutch toddlers are already removing their training wheels. If you’ve ever visited, you probably know that bicycling is the defacto mode of transport. You may have also learned the hard way to stay out of the way, because in this cycling mecca, or as Tomas Kamphuis, one half of the FreeWheeling crew calls it, “cycling Walhalla,” those on two wheels rule the roads.

Tom, 24, is traveling the world by bike along with his friend Max Jansen, 26. The duo first got the idea for their incredible journey about a year ago.

“The both of us were in the midst of a good flow in getting jobs and building a company, but we both had the longing to see more of the world and do something that breaks with daily routine. In Amsterdam you cycle everywhere: to work, friends’ houses, bars, supermarkets etc. so we figured, why not do all of these things without sleeping in the same place every night?”

And thus, Freewheel Stories was born.

What makes the Freewheelers’ journey remarkable is they sustain themselves by creating videos for people in exchange for room and board.

They filmed their first video, “How to Taste Beer,” (“Observe, smell, taste, enjoy!” according to Max, but find out for yourself HERE) at the Dutch brewery, Oersoep. Getting the initial gig was surprisingly easy says Tom. “We just arrived there, told them we wanted to make a video for them in return for food, beer and a place to sleep.”

As their journey progressed Tom and Max didn’t want to take on projects that would simply skim the surface, they wanted make videos that would create real change, and at the very least inspire emotion and awareness within viewers.

For Max, the progression made perfect sense.

“I think that telling personal stories as a filmmaker, you’re contributing to a better knowledge about something or someone. Creating awareness, hope, and maybe even stimulating change. By doing so you really feel as if you are working on something that’s of value to others, including yourself. We are in a way the sum of our experiences.”

“When you create something in return for food and shelter, the whole idea of money disappears and all that’s left is true care and meaningfully helping each other,” added Tom.

One of their most memorable and moving “trades” to date occurred at Magdas, a hotel in Vienna run by refugees from 16 different nations.

Both Max and Tom agreed that the management style and messaging behind Magdas made it the best hotel they ever stayed at, period. They were both struck by how the hotel’s founders discovered a way to raise awareness for refugees.

“That’s the brilliance of the project, it’s really showing that immigrants are actually bringing a lot of diversity and richness to European countries,” says Tom.

In fact, much of their storytelling revolves around refugees, which is unsurprising given the current political situation in the world. 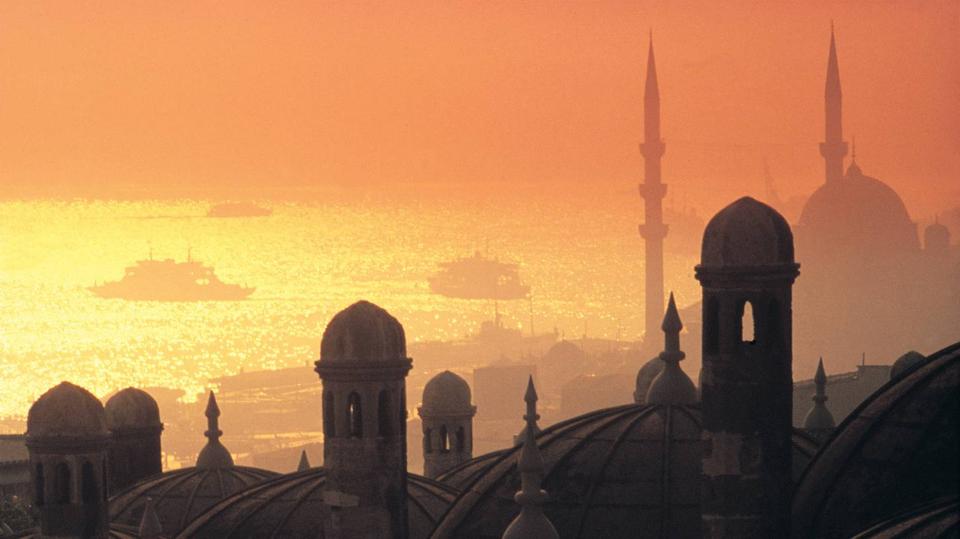 In their short film, A Syrian Story About The Future, Tom and Max bring people’s stories to life, and add a layer of humanity to a crisis that has been going on for so long we are at risk of becoming numb to it. Oddly enough, the deeply emotional story wasn’t one the FreeWheelers set out to tell.

“An important lesson we’ve learned on this trip is that finding a subject for a video often comes to you without searching for it. When something or someone grabs your attention, it’s as if life plants you a seed. The only way that seed can grow into a good story is by nurturing it with your own interest and curiosity. The refugee crisis was one of those seeds, but it wasn’t until Istanbul that we decided to deliberately nurture it.”

Being on the road taught the guys to sit back and go with the flow. Recently, after spending a month in Israel, Tom and Max were counting down the days until they flew to Thailand. Literally they had three days. They could practically taste all of the delicious Thai food they were going to eat. And then they got a call from a Dutch organization that wanted to fly them to Colombia to film an event at the Global Entrepreneurship Congress in Medellin. And when you’re Freewheelin’ and someone offers to fly you around the world in exchange for your expertise, you do it. In the end they weren’t disappointed at all, as Thailand is a bit more touristy of a destination than they normally prefer.

Soon after their arrival in Colombia Max and Tom landed a photography gig at a hostel located in the middle of the jungle. Suddenly missing out on Thailand was a distant memory.

Traveling the world by bike isn’t always such smooth sailing…er, pedaling? The dangers brought on by traffic are harrowing. I felt anxious listening to Tom describe trucks whizzing by only centimeters away in dark tunnels. One incident involved an angry homeowner threatening them with a machete when they set up camp too close to his house. Now they’re just a bit more alert and cautious – because traveling the world on bikes is cool, losing a limb to a machete attack is not.

When I last talked to Tom and Max they planned to be somewhere in Central America, so I was surprised to hear they were in Spain; but such is life when you’re  Freewheel Stories. With more than 4,000 kilometers under their belts they figured it might be nice to return to Amsterdam for the city’s warmest months. But flying straight to the Netherlands? A bit too boring for a couple of guys who have been cycling around the world. And while they are returning to Amsterdam the same way they left – on two wheels – a lot has changed for them.

“A big thing I learned is that we all need way less than we think we need. And not just material stuff, but more in regards to having a certain social life or career. I also learned you can work as hard as you want but you’re not really going anywhere by doing just that. It all matters less to me, especially after meeting all the people I met,” says Tom.  “There are more nice people and safe places in the world than I could have imagined. That sounds corny, but it’s quite true.”

While Tom and Max plan to be back in Amsterdam come June they agreed to continue to live up to that ideal, and tell the stories that deserve to be told the most.

Tom likes editing, traveling by bike, electronic music and watermelon. One thing he couldn’t live without on the road: Max. Best book he’s read recently: “All the Light We Cannot See” by Anthony Doerr.

Max and Tom may quite possibly be the first duo attempting travel the world by city bikes (Lekker brand) with just seven gears. Then again they are Dutch, so when it comes to cycling, anything is possible. They use a Panasonic GH4 as their primary camera but carry around two backups. That’s in addition to the two lenses, audio recording equipment, tripod, laptop, shoulder rig, sleeping bags, tents, clothes and water they carefully stuff onto their bikes.

Keep up with their adventures through their facebook page: https://www.facebook.com/freewheelstories/