Ever had that post-run feeling where you just want to eat everything in the pantry? That feeling is your body’s way of telling that it needs to be fed. If you’re not careful though, you might throw all your progress out the window by giving in and eating too much. Here are a few tips to avoid that post-run hunger and stay on track with your diet as a runner.

If you’re carb-loading on chips and desserts, you’re not just going to feel queasy during your run, but your body is only going to burn the sugar carbs from your pre-run meal and therefore have a sudden hunger attack when you’re done. Think of it like the crash after you eat a cheat meal, except you have a hunger crash, which is much worse for your progress both physically and mentally. 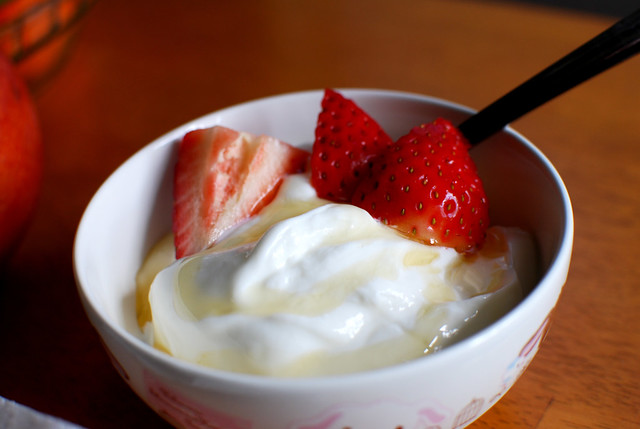 Some great pre-run meals are greek yogurt with berries, banana with peanut butter, quest bars, or a smoothie. These are small meals that will keep you full while you’re running and at the same time feed your muscles right, keeping them from being extremely hungry for nutrients post-run. Eat one to two hours before your run to make sure the food has been well digested.

Be very careful what you eat post-run.
Your meal should consist of both carbohydrates and proteins, with a focus on protein to building and repair the muscles that are often overworked while running. Carbohydrates are important for refuelling glycogen stores, which are depleted during runs of more than 30 minutes.

A great example of a post-run meal is whole grain bread with peanut butter, smoothie, vegetables, eggs, lean meat or a Quest bar. You also shouldn’t eat too late, as your body will need to refuel on glycogen as soon as possible… but make sure you don’t end up eating too soon either! Eat something within 20 minutes of finishing your run, short or long, but don’t wait longer than two hours.

Protein powders are usually light and easy on the stomach, going right through you and feeds the muscles right away. Eating the right amount of proteins and carbs at the right time post-run will feed your body immediately and decrease your chances of having those post-run runchies! If you drink your post-run shake 20 minutes after your run, you’ll balance your sugar levels and feed your muscles enough for them to recover and not scream for recovery nutrients.

As long as you’re not raiding the pantry right after you run, you’ll be on the right track to reaching your running and fitness goals. With the right timing and nutrients, you’ll get those strong runner legs in no time!